Khara Wolf fell in love with music when she was first inspired by the magic of live performance and the power of music education. As an avid performer, she played oboe and English horn with the San Juan Symphony from 2015-2018 and is a co-founder of Better Knot Ensembles, a Neo-Celtic group with guitarist Chad MacCluskey and Bodhran player Erick Morningstar. She joined as Adjunct Professor of Double Reeds at Fort Lewis College in 2015 and has been teaching private lessons on oboe, flute, and winds in Durango, Colorado* since 2013. From 2018-2021, Khara held the first Digital Marketing and Communications Coordinator position with the International Double Reed Society, a non-profit organization dedicated to the performance and education of double reed instruments.

In Traditional music, Khara plays a 6-key wood Irish flute, baroque (period) double reeds, and the penny whistle. She is currently working with Shelley Phillips on a set of music by Turlough O’Carolan for oboe and English Horn. In addition, she is pursuing extended techniques on the oboe and English Horn with a focus on 17th and 18th century traditional Celtic music.

Khara graduated from the University of Colorado at Boulder with a Bachelor of Music in Oboe Performance where she studied with Peter Cooper. Additional oboe teachers include Russell Deluna, Martin Schuring, Barbara LaFitte, James Brody, and Ciara Glasheen-Artem. Her experience in woodwinds includes classical training on flute, and jazz and Celtic techniques on oboe.

With over a decade of professional high-altitude reed making experience, Ms. Wolf is passionate about teaching and assisting with the complex process of reed making. She feels strongly about giving students a strong classical foundation and teaching them how to approach their instruments with ease, confidence, and musicality.

Ms. Wolf has attended the Boxwood Festival & Workshop numerous times since 2009 where she studied Celtic music with world class musicians such as Chris Norman, David Greenberg, and Rodney Garnett. In 2013 she attended as the recipient of the Fred Kasper Memorial Scholarship award for her attendance on oboe.

Khara is a Marketing Consultant and Graphic Designer through her business Khara Wolf Design. She is dedicated to supporting small businesses and loves the Colorado lifestyle.

*Private lessons and reed-making are available for students of all ages and levels online and in the Four Corners including, but not limited to, students from Durango, Bayfield, Pagosa Springs, Telluride, Farmington, Aztec, and Cortez. 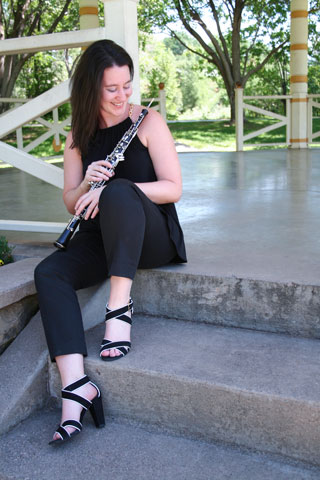 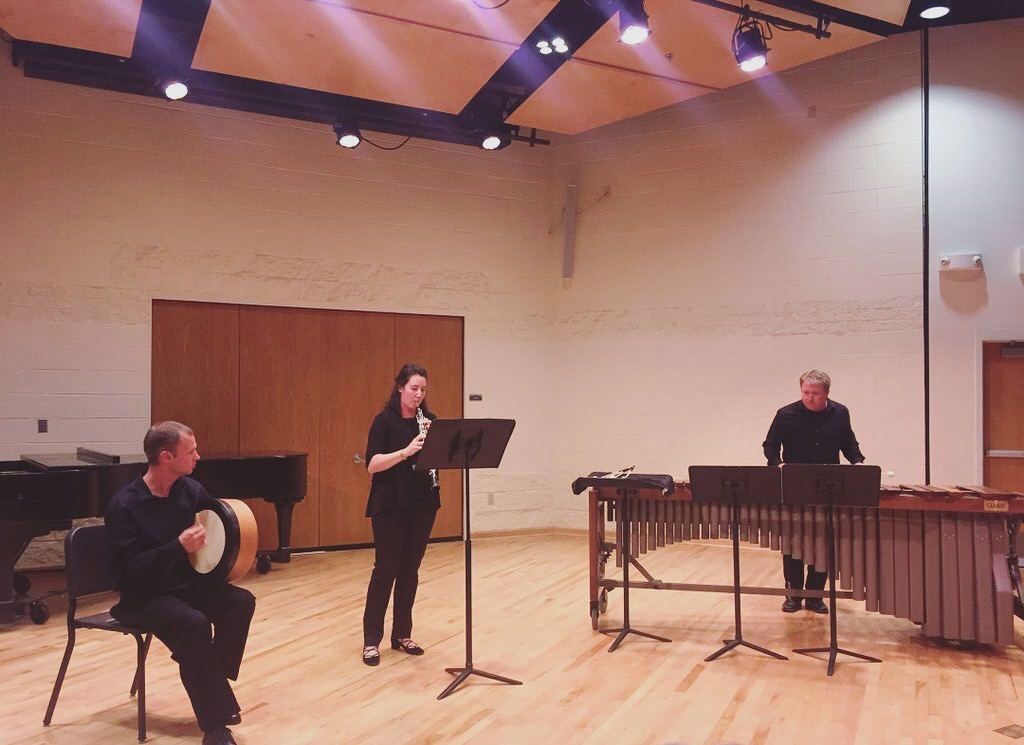 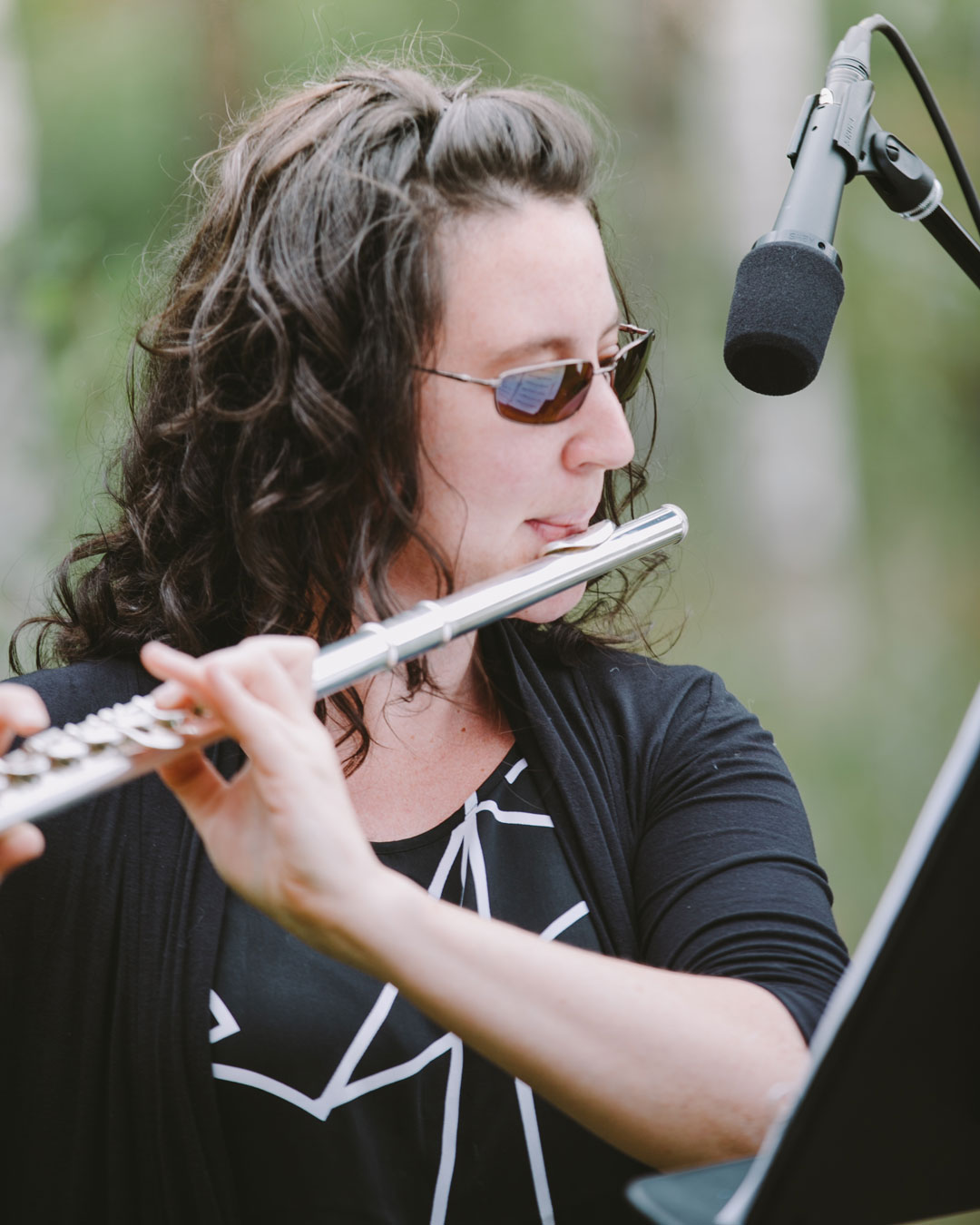 A Look at the Instruments

As a multi-instrumentalist, I own and love over 11 different instruments!

Check out my recent and ongoing performing and recording projects with local and national artists.

What else? I am also a marketing consultant and graphic designer! Explore my services for musicians and non-musicians alike!

Thoughts from the community…

Khara is an exceptional reed maker. She has been making high altitude oboe and English horn reeds for many years. Her reeds have a beautiful, warm tone with the flexibility necessary for a wide variety of colours and dynamics. Each reed is hand made with the particular player in mind, which provides an optimum playing experience every time. She chooses the best materials possible and ensures that the finished product is of the highest quality. Khara is also a skilled reed-making teacher. She is patient and pays attention to the smallest details so that students can produce their own reeds that sound beautiful and are also a pleasure to play on

I have been taking oboe lessons from Khara Wolf for several months now and have developed a great appreciation for her teaching style. She is an excellent educator, giving me valuable tips on many different aspects of playing the oboe while always being supportive and positive. If I mention a problem; she suggests possible solutions. I leave each lesson with simpler starting points to work step-wise towards achieving more difficult results. Reed-only exercises were new to me. My embouchure has improved, and along with that, my intonation. My practice has become a bit more focused and consistent; it’s good to see progress, especially at my (advanced!) age. In addition, Khara has made me some reeds and refined some of my old ones that needed touching up. I am not a reed-maker and she understands the importance of having responsive, in-tune reeds. I would give her my best recommendation. It’s money well-spent if you are serious about improving your oboe playing

This website uses cookies to improve your experience while you navigate through the website. Out of these, the cookies that are categorized as necessary are stored on your browser as they are essential for the working of basic functionalities of the website. We also use third-party cookies that help us analyze and understand how you use this website. These cookies will be stored in your browser only with your consent. You also have the option to opt-out of these cookies. But opting out of some of these cookies may affect your browsing experience.
Necessary Always Enabled
Necessary cookies are absolutely essential for the website to function properly. These cookies ensure basic functionalities and security features of the website, anonymously.
Functional
Functional cookies help to perform certain functionalities like sharing the content of the website on social media platforms, collect feedbacks, and other third-party features.
Performance
Performance cookies are used to understand and analyze the key performance indexes of the website which helps in delivering a better user experience for the visitors.
Analytics
Analytical cookies are used to understand how visitors interact with the website. These cookies help provide information on metrics the number of visitors, bounce rate, traffic source, etc.
Advertisement
Advertisement cookies are used to provide visitors with relevant ads and marketing campaigns. These cookies track visitors across websites and collect information to provide customized ads.
Others
Other uncategorized cookies are those that are being analyzed and have not been classified into a category as yet.
SAVE & ACCEPT